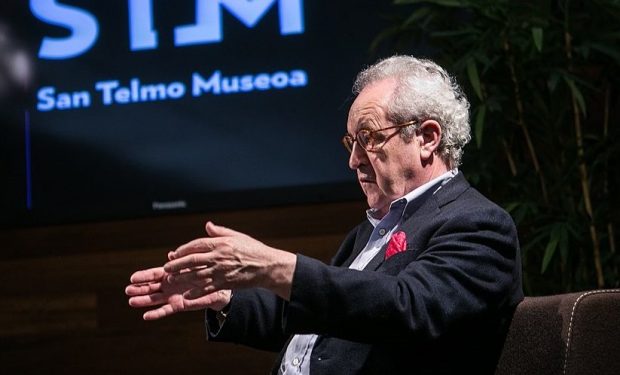 The Nobel Prize in Literature is seldom without controversy. The prestigious award was given yesterday to two writers: Poland’s Olga Tokarczuk and Austrian Peter Handke. The former is an outspoken critic of Poland’s Far Right; the latter is an apologist for Serbian war criminal Slobodan Milosevic.

Needless to say, there has been condemnation of the decision: Pen America took the unprecedented step of criticizing the Swedish Academy, commenting, “We are dumbfounded by the selection of a writer who has used his public voice to undercut historical truth and offer public succor to perpetrators of genocide.”

Today there comes news that another author, Ireland’s John Banville, was pranked into believing he had won.

Banville received a voice mail on Thursday morning, supposedly from a member of the Swedish Academy, informing him that he was one of two writers who had been selected to receive the prestigious Nobel Prize for Literature.

“I believed it. The call came from Stockholm, why would I not believe it?” Banville told the Irish Times. For more than half an hour he thought he had won the prize that has eluded him for so long, one that many readers feel would be well-deserved (Banville is – in this writer’s opinion, at least – arguably one of the finest living prose stylists working in English.)

The author has won all the other decent literary prizes, including the Franz Kafka Prize and the Prince of Asturias Award for Literature. Maybe next year the call from Stockholm will be legit.