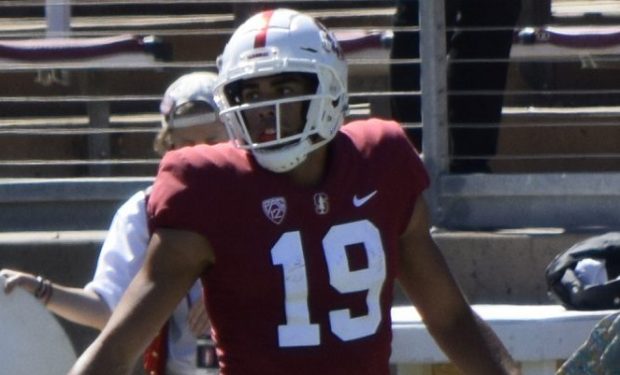 JJ Arcega-Whiteside is the 22-year-old rookie playing for the Philadelphia Eagles. The Spanish-born wide receiver played college football at Stanford University before being selected by the Eagles in the 2019 NFL Draft.

Fun family facts: Both of his parents, Joaquín Arcega and Valorie Whiteside, played professional basketball in Spain, and two of his uncles, Fernando Arcega and José Arcega, also played basketball professionally in Spain and represented Spain in the Olympics.

When not on the field, Arcega-Whiteside spends time with his GORGEOUS girlfriend, professional cheerleader Brianna “Bri” Lorenna, who dances for the NBA Golden State Warriors.