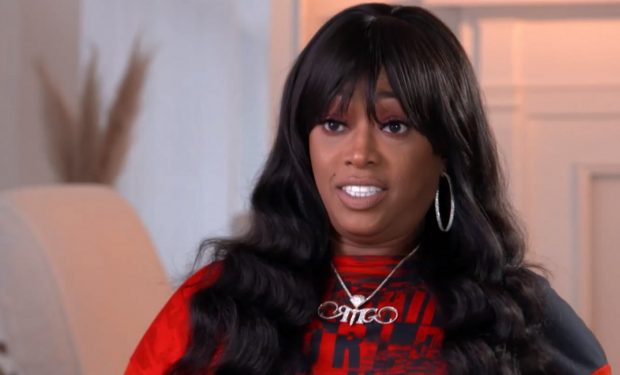 Trina on Untold Stories of Hip Hop on WEtv

On the fourth episode of Untold Stories of Hip Hop, host Angie Martinez gets A$AP Rocky to expose “his wild sex life and criminal past,” and pokes Cardi B and Trina to reveal how their “mo money” created “mo problems.” Trina also dishes on her love life. The 40-year-old has dated Lil Wayne and French Montana in past years.

When not in the studio, performing on stage or being interviewed on TV, Trina is likely turning heads at a red carpet event. As captured in the photos above and below, she went bra-less and almost button-less when she wore a Snoopy, Peanuts-print white denim jacket by Marc Jacobs.