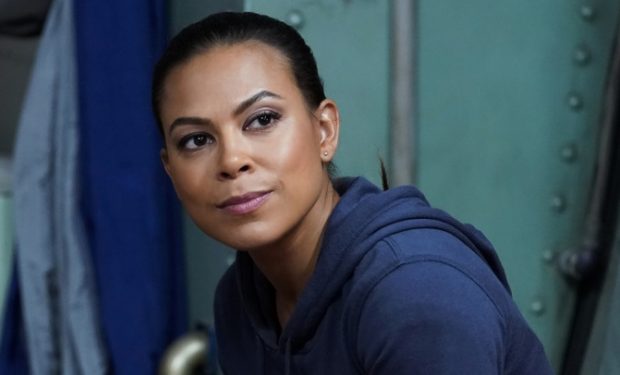 On the Season 3 premiere episode of SEAL Team, “Welcome to the Refuge”, Jason Hayes (David Boreanaz) leads the team on a mission in Serbia to track down an organization linked to the bombing of multiple American military outposts.

They will rely on logistics NCO Lisa Davis (Toni Trucks) to get the team and their gear where they need to be. [Note: The episode was shot in Serbia.]

When not filming SEAL Team, Trucks has been soaking in the sun in an itsy-bitsy strapless bandeau bikini. In the photos above, which were taken at Sailrock Resort in Turks & Caicos, Trucks is simply glowing! And yes, that’s her mother Mary with her!

Trucks also looks amazing and happy in a bikini in Los Cabos, Mexico!

…and in her underwear!

SEAL Team airs Wednesdays at 9 pm on CBS, right after Survivor at 8 pm and right before S.W.A.T. at 10 pm. [CBS streaming: watch a live stream of any CBS show through Amazon Prime or CBS ALL-ACCESS. Both options offer free trials.]