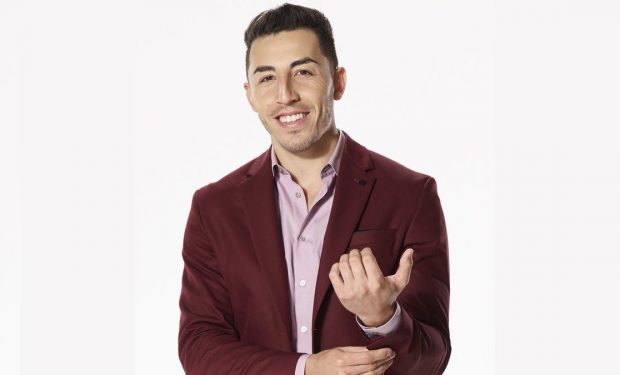 Ricky Duran is the 30-year-old Berklee College of Music graduate competing on Season 17 of The Voice. When he performed the song “River” for his Blind Audition, all four coaches turned their chairs and gave him a standing ovation (video below).

Duran’s personal path to Team Blake hasn’t been an easy one. After Duran graduated from Berklee, his father tragically took his own life and then earlier this year, Ricky lost his mother to breast cancer. Ricky is thankful for his girlfriend, Alyssa Cora.

Before Duran made his debut on The Voice, Cora shared the close-up bikini pic below…

…and this photo of her doing a handstand in a black bra which she captioned: “I bend so I don’t break anything.”