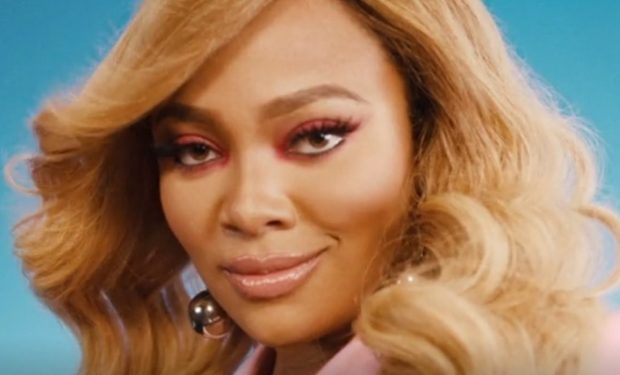 On the Love & Hip Hop Hollywood episode “Paparazzi,” while Zell exposes Fizz and Apryl‘s relationship, and Moniece Slaughter comes face to face with the happy couple, Teairra Mari is back on the scene. While her friends are concerned after her DUI, her fans are welcoming her back on social media and excited to hear her new music.

Teairra Mari released a sneak listen of her single “Life is a Gucci Shirt” which will be on her 2020 album Rider. (Check out this real $1,200 silk Gucci shirt. Is this the one she means?)

When she released what looks like the album cover for Rider, some of her fans complained about the image which features a woman on a motorcycle wearing a Native American headdress. “Inappropriate very disrespectful if you are not indigenous,” wrote one fan. Another wrote: “…not sure why she has a eaglefeather head dress!!!”

Whatever you think about the album cover, TM is looking fabulous. Check her out with Jason Lee at his party for Wendy Williams!