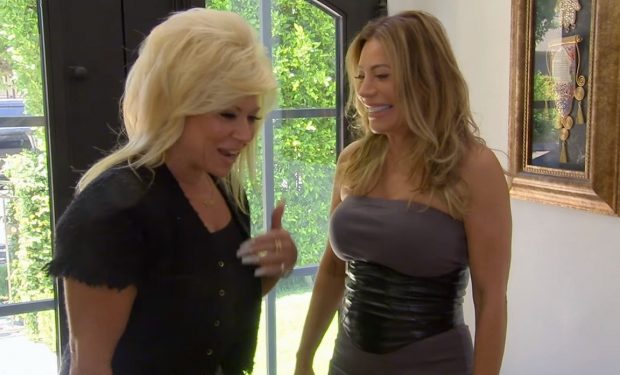 On Season 11 of Long Island Medium, Theresa Caputo travels to Los Angeles to meet fellow Long Islander, singer Taylor Dayne who is best known for her 1987 debut single “Tell It To My Heart.” She has since released five studio albums and has sold more than 75 million records worldwide.

When not performing on stage, the 57-year-old singer spends time with her teenage twins — daughter Astaria and son Levi — and is eating healthy! With the bikini top photo above, she writes that she’s following a diet based on her blood type (O positive) which means “mostly fish now as protein no more shrimp or lobster 😢 feeling… leaner stronger.”

In the bikini selfie video below, Dayne says she’s taking a page out of Lisa Rinna’s book (Real Housewives of Beverly Hills) by lip syncing and dancing and having fun…