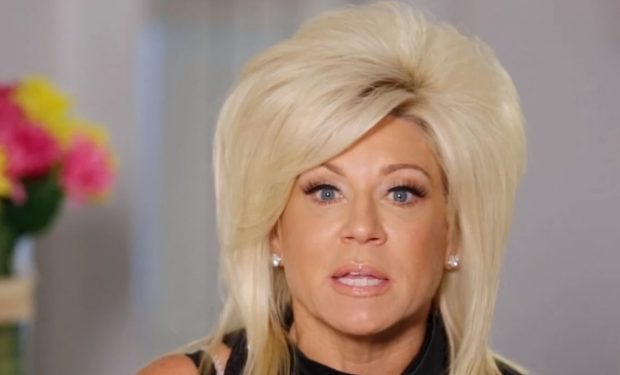 Theresa Caputo is the Long Island Medium on TLC

On Season 11 of Long Island Medium, Theresa Caputo travels to Los Angeles to have sessions with stand-up comedians Louie Anderson, Wayne Brady, and Oscar-winning actress Tatum O’Neal. She won Hollywood’s golden statue at the age of 10, after starring in Paper Moon with her father, Ryan O’Neal.

Prior to her appearance on Long Island Medium, Tatum O’Neal shared a family photo of her at her baby shower. She was pregnant with her first child, Kevin McEnroe, who is now 33; his father is Tatum’s ex-husband, former pro tennis champion John McEnroe.

In the photo above, Tatum (in blue) is just 22 years old. She is sitting next to the late Hollywood icon Farrah Fawcett (her father’s partner for decades), and that’s her late grandmother Patsy O’Neal on the far right. The woman on the far left is Tatum’s agent, the late Sue Mengers, who represented everyone including Barbra Streisand and Cher.