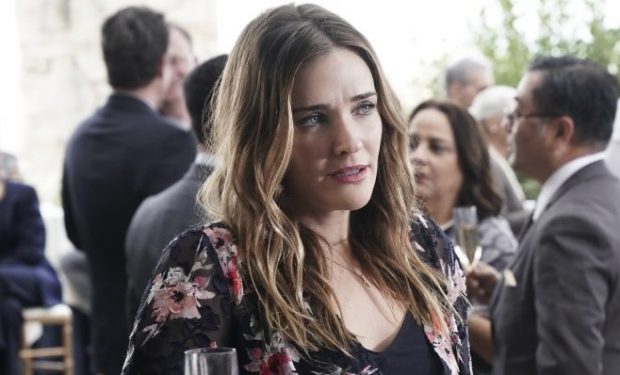 In the S.W.A.T. episode “Immunity,” while Hondo (Shemar Moore) receives troubling news about his father, Deacon Kay (Jay Harrington) and his family get caught in the crosshairs of a drug cartel. Deacon is determined to bring down its leader, a former foreign rebel force chief running drugs via a local flower market — but at what cost? His wife Annie Kay is portrayed by the gorgeous Bre Blair.

When not on a TV or movie set, Bre Blair likes to soak in the sun and get in the water, sometimes without a bathing suit!

Sometimes she wears bikinis at the beach, too!

S.W.A.T. airs Wednesdays at 10 pm on CBS, right after SEAL Team at 9 pm, and Survivor at 8 pm. [Stream every CBS show through CBS ALL-ACCESS with a free trial.]