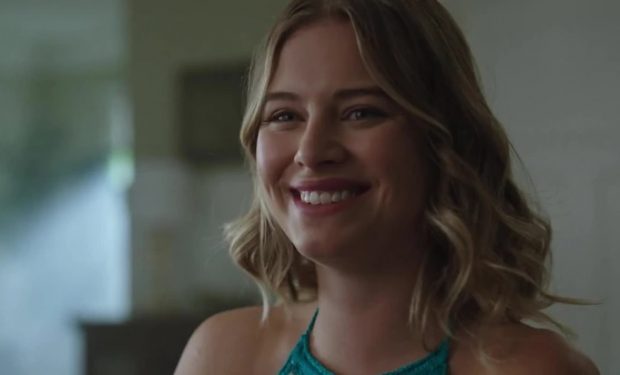 On the Season 4 premiere episode of Riverdale, “Chapter Fifty-Eight: In Memoriam,” while the town mourns the loss of Archie’s (K.J. Apa) father Fred (the late Luke Perry), Betty Cooper (Lili Reinhart) follows her investigative reporter instincts when it comes to FBI Agent Charles Smith (Wyatt Nash), her and her sister Polly’s half-brother.

Their mother Alice Cooper (Madchen Amick) gave him up for adoption when in high school; Jughead’s father is Charles’s father.

Polly Cooper is portrayed by Tiera Skovbye. When not filming Riverdale, the beautiful, 5’10”, 24-year-old Canadian-born actress is soaking in the sun in bikinis with equally gorgeous female friends!

She captioned the series of bikini photos above: “I love these girls, and I love ruining their cute photos.”

Riverdale airs Wednesdays at 8 pm on CW, right before the new series Nancy Drew at 9 pm.