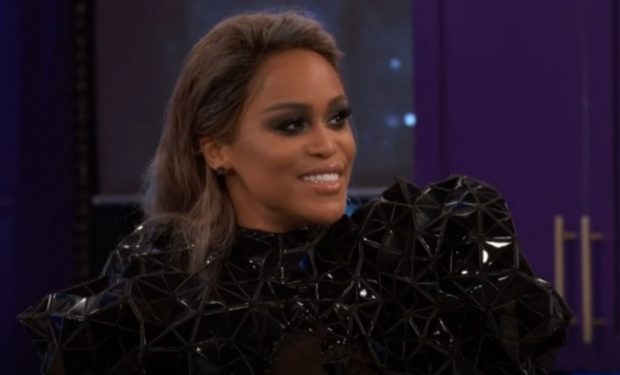 Eve on Martha and Snoops Dinner Party on VH1

On the Martha & Snoop’s Dinner Party episode “Halloween Food Fight,” rappers Lil Pump and Eve join the spooky kitchen showdown. Eve comes dressed in a partially see-through black jumpsuit and explains that she wanted to be an alien but after hair-and-makeup backstage, she became a superhero.

When Snoop asks Eve what Halloween was like growing up in the projects of Philadelphia, she says her mother wouldn’t let her go out trick-or-treating because it was too dangerous. When she did get dressed up, she said she was a farmer, which has Snoop in stitches. Eve says she had “some overalls and a wifebeater and I was a farmer, and I put dirt on my face.” When the audience “awws” in sympathy, Eve tells them, “It’s okay, I’m fine with it.”