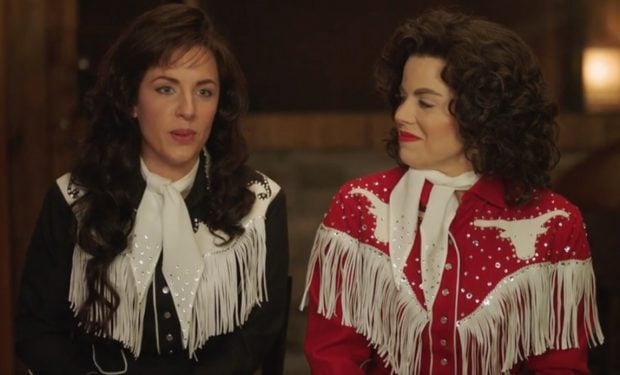 The Lifetime movie Patsy & Loretta reveals “the untold true story” of the friendship between two of country music’s greatest icons, Patsy Cline (Megan Hilty) and Loretta Lynn (Jessie Mueller). When they first met, Patsy was already one of the biggest stars in country and Loretta was “a hillbilly singer with a $17 guitar.”

Ross captioned the amazing bikini pic above: “Mama said knock you out.” So she flies nicely between country and L.L. Cool J.

One of Ross’ secrets to keeping in great shape is yoga!

Patsy & Loretta premieres on Lifetime on Saturday, October 19 at 8 pm.

Check out Ross’ theatrical demo reel above — she’s one to watch!