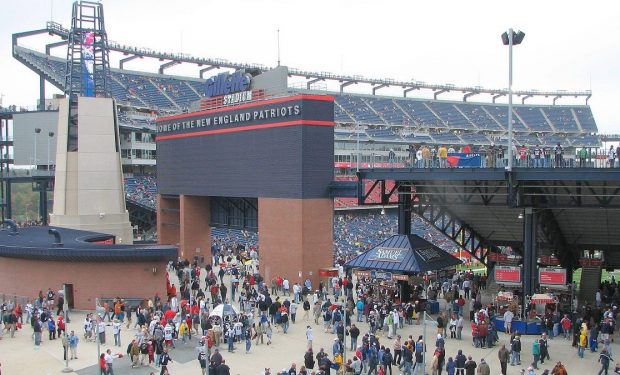 Gunner Olszewski is the 22-year-old wide receiver/punt returner on the New England Patriots who played college football at Bemidji State (a Division II school in Minnesota) before signing with the Patriots as an undrafted free agent. He got a rookie minimum deal — $480,000 for one year with a $2,500 signing bonus.

Last week, during the Giants game, Olszewski caught two of the three balls thrown to him by quarterback Tom Brady for 34 yards, including a 29-yard reception. Patriots fans are already rooting for the rookie — just wait until they meet his gorgeous girlfriend, Emery Paul, who looks amazing in a bikini!

The cute couple have been dating since high school in Alvin, Texas. (MLB pitching legend Nolan Ryan graduated from Alvin H.S. in 1965!) When Gunner couldn’t make it to prom, he sent his little brother in his tuxedo!