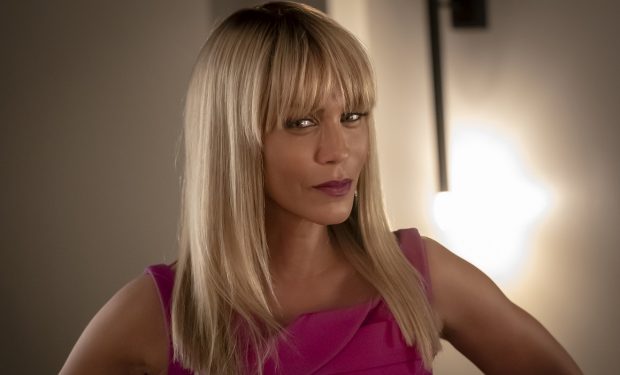 On the Empire episode “Got on my Knees to Pray,” while Lucious (Terrence Howard) is still on the run, and Cookie (Taraji P. Henson) confronts Damon about why he lied to her, Becky and Giselle (Nicole Ari Parker) try to get the star power they need. SoundCloud singer Lala (Diamond White) has potential — but she has trouble performing in front of a crowd.

She caught him in his bathing suit, too!

Empire airs Tuesdays at 9 pm on FOX, right after The Resident at 8 pm. [BONUS: Stream any FOX show through the FOX NOW: Live & On Demand app here. Download is FREE.]