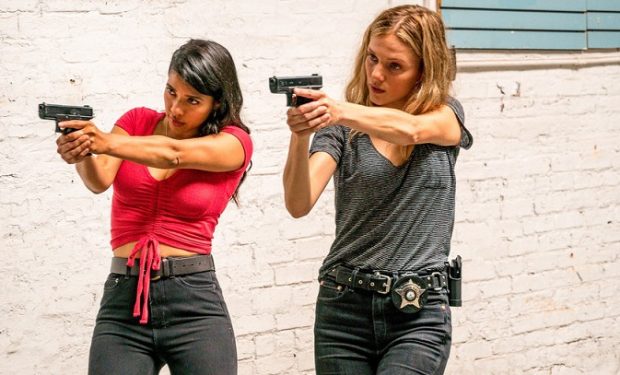 On the Season 7 episode of Chicago P.D., ‘Assets’, NYPD Detective Kevin Atwater (LaRoyce Hawkins) goes undercover in a dangerous South Side drug syndicate to take down a notorious kingpin. He’s going to need all the backup he can get when his cover is blown and a gun is pulled on him.

When not filming Chicago P.D., Chavez is working on her own projects including the independent thriller film Voyeur with teenage heartthrob, R5 lead singer Riker Lynch (2015 runner-up on Dancing with the Stars). Their strategy of promoting the film in bikinis and swimsuits worked — they reached their Kickstarter financial goal!