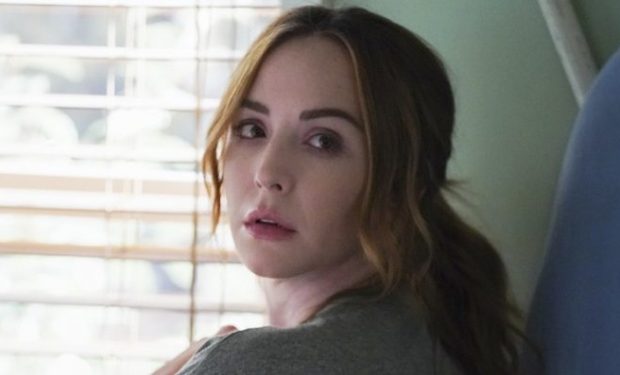 In the NCIS episode “Wide Awake,” Gibbs (Mark Harmon) and the team investigate Marine Corporal Laney Alimonte who is accused of murdering her neighbor.

She says she might have killed him but doesn’t remember anything because she was hypnotized by a doctor who has been treating her for insomnia. Alimonte is portrayed by guest star Camryn Grimes.

When not on a TV or movie set, Grimes — who is best known for her Daytime Emmy Award winning role as Mariah Copeland on the soap opera The Young and the Restless — enjoys her downtime outdoors and often in a bikini!

She also looks amazing (and cheeky!) in a one-piece!