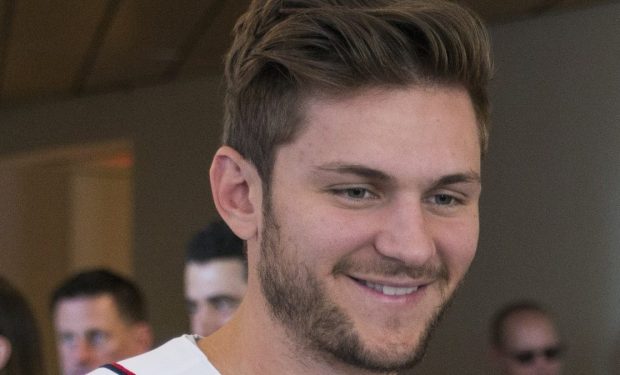 MLB professional baseball player Trea Turner is the starting shortstop on the Washington Nationals. On October 1, 2019, in the National League Wild Card Game, the 26-year-old shortstop hit his first career postseason home run against the Milwaukee Brewers (Nationals won 4-3). The Nationals went on to win the National League Championship against the St. Louis Cardinals, 4-0. The team is going to its first World Series in franchise history!

When not on the field, Turner spends time with his bride of nearly one year, Kristen (nee Harabedian) Turner. She was a collegiate athlete at North Carolina State University, too — a gymnast for the Wolfpack!

Kristen in on the far right in both bikini pics below…

The Washington Nationals play their first World Series game (ever!) on Tuesday, October 22.