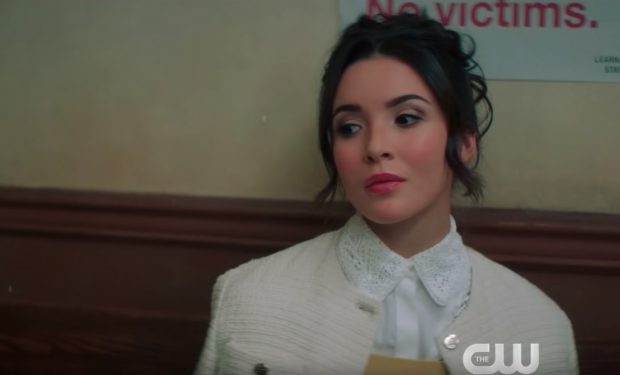 In the CW TV series Nancy Drew, based on the mystery book series, the 18-year-old amateur detective witnesses the murder of a young socialite outside The Claw restaurant where Nancy (Kennedy McMann) works as a waitress. There are four other witnesses/suspects including two other waitresses — “screw-up” George Fan (Leah Lewis) and “rich city girl” Bess Marvin, who is portrayed by Maddison Jaizani.

Prior to the premiere of Nancy Drew, the British-Iranian actress Jaizani shared a hilariously weird video of her dancing in a bikini with a fake zebra over her head — see above.

Warning: in the fast-motion video she break-dances at the end and you just might spit out whatever you’re drinking. Her fans, many of whom left laughing/crying emojis, love it.

And then, goodness gracious, the star absolutely sizzles in these bikini pics where the animal print is on the bottom, not her head!

Yup, Jaizani looks great in bikinis without zebra heads, too!

Nancy Drew airs Wednesdays at 9 pm on CW, right after Riverdale at 8 pm.