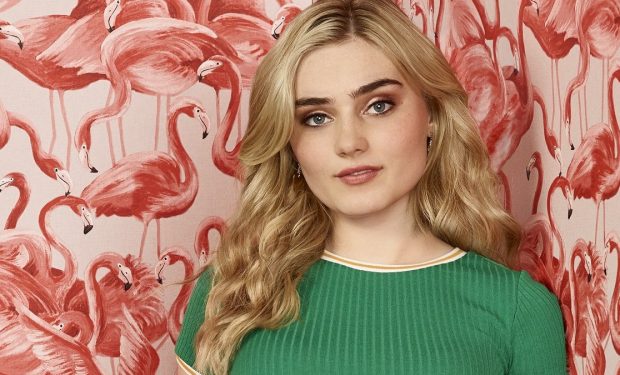 Once inside, Katie regrets her decision and sends Anna-Kat to find help. Good thing her big sister Taylor (Meg Donnelly) is there and dressed like Jennifer Lawrence‘s character Katniss Everdeen from The Hunger Games, no less!

A few days before the episode airs, Donnelly shared a rare photo of herself. At a photo shoot with beauty photog Tania Quintanilla, Donnelly is seen tugging down her pants to reveal a sexy lacy lavender lingerie bodysuit, with super high cut sides. She wrote: “i don’t usually post like this. the makeup / clothes are for work… i haven’t “changed” lol. i’m just working.”

More photos from the photo shoot…

American Housewife airs Fridays at 8 pm on ABC, right before Fresh off the Boat at 8:30 pm. [BONUS: Stream any ABC show through the ABC GO Digital App found here. Download is FREE.]