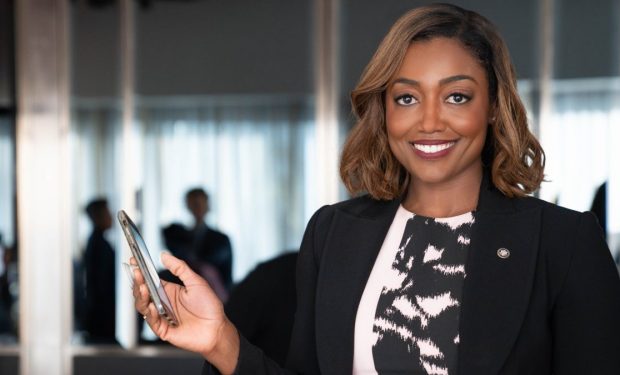 On the Season 6 premiere episode of Madam Secretary, former Secretary of State Elizabeth McCord (Tea Leoni) is the President of the United States. Before passing her first major legislation as POTUS, she and her team, including PR pro Daisy Grant (Patina Miller) must fend off a baseless investigation into her past that threatens to derail the legislation.

When not filming Madam Secretary or on stage (she won a Tony Award for her role in Pippin), Patina Miller is at home with her husband David Mars and their 2-year-old daughter, Emerson Harper Mars — and likely working out in her garage gym! Check out her incredibly toned post-baby body. She added the hashtag #25monthstogetthere

Madam Secretary airs Sundays at 10 pm on CBS, right after NCIS: Los Angeles at 9 pm and God Friended Me at 8 pm. Note: This is the final season for Madam Secretary! [Stream every CBS show through CBS ALL-ACCESS with a free trial.]