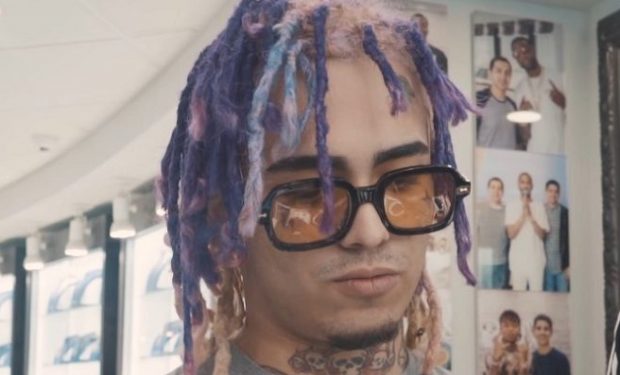 When not mixing it up in the kitchen or in the studio, Lil Pump, the 19-year-old rapper from Miami born Gazzy Garcia, might be playing basketball or pretending to play basketball. His tattooed face has been scanned for the video game NBA 2K20 and fans are leaving comments about how freaky he looks. One wrote: “U look crazy”, another pointed out: “Eyes looking like Charles Manson.”

Lil Pump has a frowning face tattoo (two small black exes over an upside-down semi-circle) on the middle of his forehead, between his eyes, where Manson had a swastika tattoo. More than 1.8 million people liked the image.