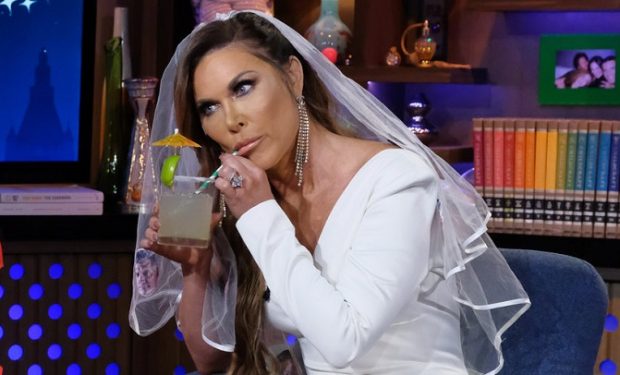 On the Real Housewives of Dallas episode ‘Ghost Busted,’ while Brandi Redmond continues to try to bond with her daughter Brooklyn, the “girls and gays” gather for LeeAnne Locken’s bridal shower where drag queens perform instead of traditional male strippers. (Kameron Westcott approves.)

At the event, LeeAnne loses her cool with new wife Kary Brittingham who stirs the pot with D’Andra Simmons. LeeAnne doesn’t think it is the right time or place. “I’ve got news for you, it’s my wedding!” LeeAnne stomps and yells at Kary, “It’s about me!” Whoa, Bridezilla!

LeeAnne isn’t the only one who loses her cool in the episode. When Stephanie Hollman tries to clear the air with Kameron, the word “trash” resurfaces which has Kameron walking out on Stephanie.

The Real Housewives of Dallas airs Wednesdays at 9 pm on Bravo.