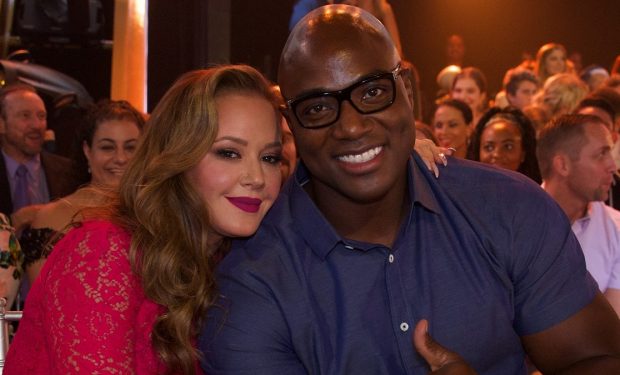 King of Queens actress and former Scientologist Leah Remini is returning as a guest judge on Dancing with the Stars. Competing on DWTS after leaving the Church of Scientology was a big turning point for Remini.

She writes: “Doing @dancingABC was such an amazing moment for me because I had just left all that I knew-All my Scientology friends had to shun me, and I lost a whole community overnight.”

Two friends she didn’t lose during her ordeal leaving the Church are Jennifer Lopez and her ex-husband Marc Anthony. Remini often posts pics with her BFF JLo but a few fans were surprised to see Remini nuzzling against her famous ex back stage during his Opus Tour. Swipe photos below.