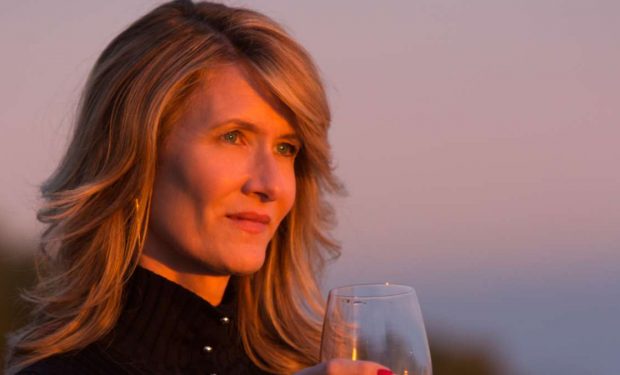 When not filming the hit HBO drama series Big Little Lies with Oscar-winning actresses Reese Witherspoon (Walk the Line) and Nicole Kidman (The Hours), Laura Dern is likely speaking up for something she believes in.

On Instagram, Dern announced that she’s joined actress Olivia Wilde and Zazie Beetz and has partnered with True Botanticals. She made the announcement with a series of photos. In one, Dern wears a sheer dress walking through a shaded bamboo forest. In another, she’s lying on her side in a field. In the third, she appears topless as she holds her long blonde hair up off her face.

Dern wrote: “Together we are revealing an important truth about the beauty industry: we don’t need to risk unnecessary exposure to toxins to get the results we want to see.”

She goes on to say: “By revealing truths about the beauty industry and who we are as women, our hope is to expand our community of truth seekers and ultimately create change on many levels.” [BONUS: Stream every HBO show through the HBO NOW Digital App found here. Download is FREE.]