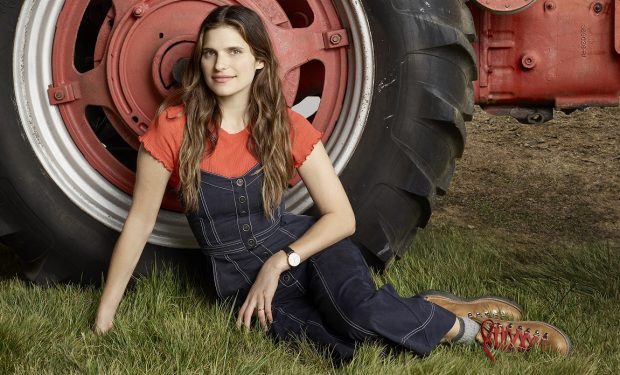 On the Bless This Mess episode “Phase Two,” while Constance (Pam Grier) and Rudy (Ed Begley, Jr.) grapple with how to unveil their relationship to Constance’s son Brandon (Langston Kerman) when he returns to Bucksnort early from his military assignment, Mike (Dax Shepard) and Rio (Lake Bell) attempt to reignite their love life after getting pressure about it from Beau (David Koechner).

Bless This Mess star and executive producer Lake Bell released a clip of the episode, where she’s wearing just a bra, and teased her fans:” S N A K E S. And sex. That’s all I’ll say.”

Lake also looks incredibly in a dress — (above) on her way to the Bless This Mess Season 2 premiere!

Bless This Mess airs Tuesdays at 8:30 pm on ABC, right after The Conners at 8 pm and right before Mixed-ish at 9 pm which is followed by black-ish at 9:30 pm.