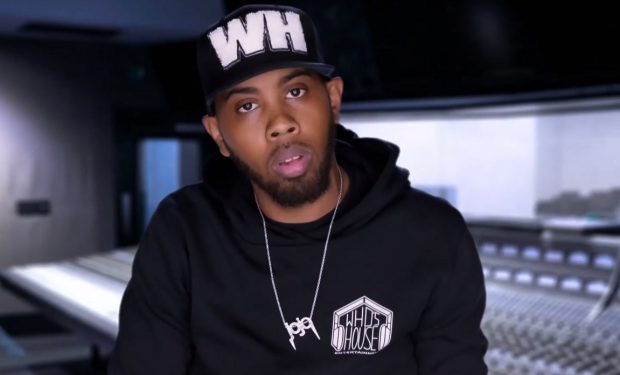 JoJo Simmons on GUHHNY on WEtv

On the Growing Up Hip Hop: New York episode “JoJo’s arrest,” while Fat Joe works with his son Ryan on his stage presence, Rev Run’s son JoJo Simmons gets into trouble with the police when his Who‘s House Entertainment showcase “runs amok.”

When not filming Growing Up Hip Hop: New York, JoJo is chilling in Los Angeles, posing in a Lakers bomber jacket and hat, leaning against a brand new BMW and “pissing people off.” The 30-year-old reality TV star captioned the photo above: “You piss a lot of people off when you start doing what’s best for you.” He better not come back to New York wearing that outfit!

Fathers with our sons @SpikeLee and Rev Run! #RevRunTakeover pic.twitter.com/94OOfsiF