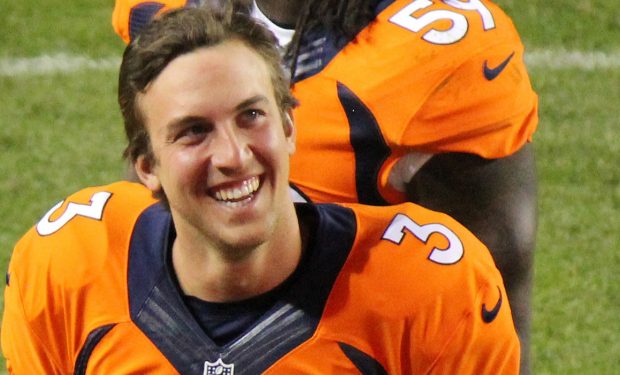 It’s been a tough NFL season for New York Jets backup quarterback Trevor Siemian. When Jets starting quarterback Sam Darnold was out with mononucleosis on September 12, Siemian got to start against the Cleveland Browns — but he had to leave the game after suffering an ankle injury.  Turns out he had torn ligaments which put an end to his season.

The good news is he has his gorgeous bride Bo (nee Podkopacz) Siemian to comfort him.

The cute couple met at Northwestern where Siemian played football and Bo played on the women’s soccer team. They married in June 2019!

…and in the leopard-print strapless bikini above.