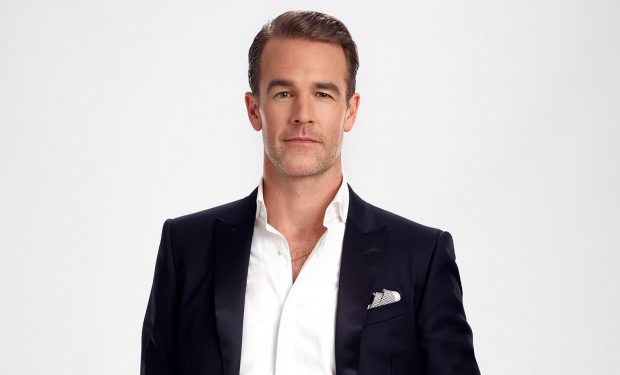 Actor James Van Der Beek is one of the nine celebrities remaining competing on Season 28 of Dancing with the Stars. The 42-year-old former Dawson’s Creek star has been in show business for a long time and occasionally shares his wisdom on Instagram.

Before performing on Week 6 of DWTS, he shared a 20-year-old black-and-white photo of him with “not-yet-famous” singer Fergie.

Van Der Beek wrote of the photo: “This was me at my the peak of early (and sudden) fame – trying my best to be invisible behind a not-yet-famous @fergie at an @nsync concert.”

VDB told InStyle magazine that at that point in his life, “I was still resisting the fact that I wasn’t a relatively anonymous theater actor, which is what I thought I’d become. I didn’t know what to do with the energy and attention that came with fame, so I took to hiding in plain sight.”

When he showed the photo to his wife, who met him years after the photo was taken, he says, “she didn’t believe it was me.”

The photo is included in Randall Slavin’s Hollywood photography book, We All Want Something Beautiful. Dancing with the Stars airs Mondays at 8 pm on ABC.