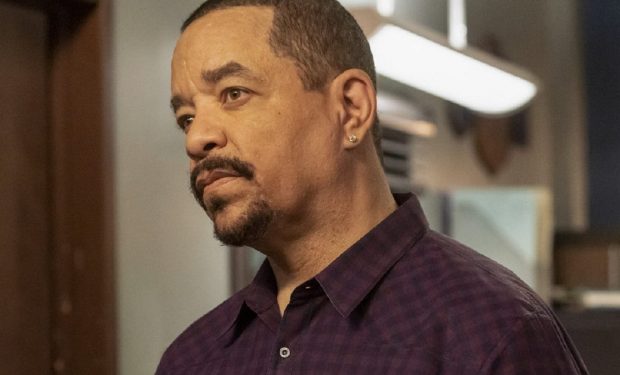 On the Law & Order: Special Victims Unit episode “The Darkest Journey Home,” NYPD Detective Olivia Benson (Mariska Hargitay) works with a young woman (Ariel Winter, Modern Family) to help her remember the details and suspects in her rape. In order to learn a new witness interview technique, Rollins (Kelli Giddish) and Fin (Ice T) have to experience it for themselves.

When not filming Law & Order: SVU, Ice T is doing “big business” — and sometimes doing it with fellow rappers including Vanilla Ice. In the photo above, Ice T reports: “I’m out here celebrating the launch of LG’s new InstaView Refrigerator that makes slow-melting Craft Ice.”

He adds that he and Vanilla Ice “are about to battle for the title of Ultimate Ice” and suggests that fans watch “it go down” via @LGUSA. Ice T’s fans love the promotion. As one wrote: “Big Business OG!”

If you want to know who won the battle, watch the video below…