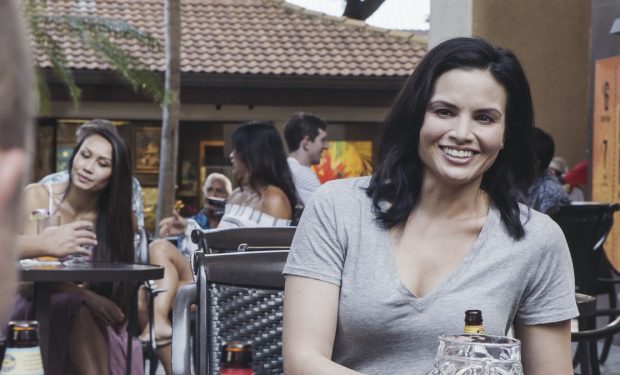 On the Hawaii Five-0 episode “E uhi ana ka wa i hala i na mea i hala” (translated “Passing time obscures the past”), while Five-0 investigates the murder of a scuba diver whose body is found in a plane that mysteriously crashed into the Pacific 40 years ago, MacGarrett (Alex O’Loughlin) formally asks Quinn Liu (Katrina Law) to join Five-0. The offer gets complicated when Quinn is arrested for money laundering!

When not filming Hawaii Five-0, Katrina Law is enjoying her new summer-year-round lifestyle in Hawaii with her adorable 9-month-old baby, Kinley, and rocking a bikini and flaunting incredible abs! (Kinley’s dad is actor Keith Andreen.)