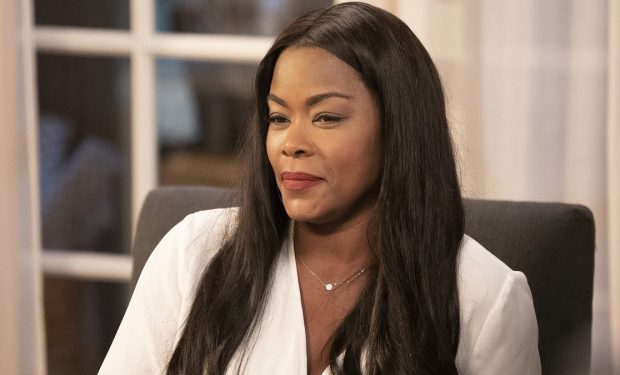 On the black-ish episode ‘Feminisn’t’, when Bow (Tracee Ellis Ross) learns that her daughter Diane (Marsai Martin) doesn’t believe in feminism, Bow brings her to meet the women in her feminist group.

When one woman in the group says they need to be more inclusive, Bow invites three of her girlfriends to join.

When not on a TV or movie set, Brooks (who played Maya on Girlfriends) is with her family and soaking in the sun in bikinis!

In the slo-mo video below, while wearing a bikini top and cut-off shorts, Brooks writes: “Oh where’s David Hasshoff when you need him! #baywatchvibes at the beach today!!”

black-ish airs Tuesdays at 9:30 pm on ABC, right after its spin-off Mixed-ish at 9 pm.