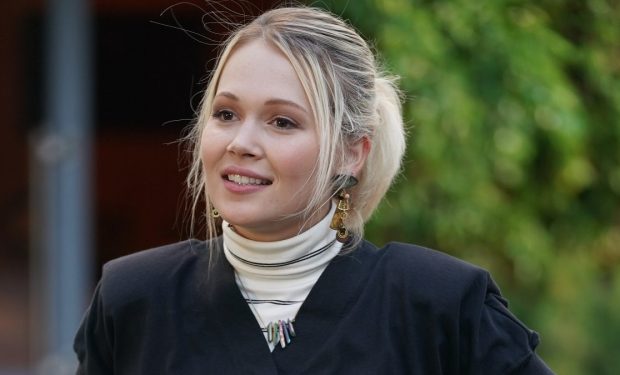 When not on a TV or movie set, Berglund — who is best known for her role as Bree Davenport in the Disney XD series Lab Rats — often enjoys her downtime in a string bikini top!

The Goldbergs airs Wednesdays at 8 pm on ABC, right before its spin-off show Schooled at 8:30 pm, Mixed-ish at 9 pm and Black-ish at 9:30 pm. [BONUS: Stream any ABC show through the ABC GO Digital App found here. Download is FREE.]

Berglund, who is now 23 years old, stars in the Starz series Now Apocalypse as a millennial who “cams” to make money, among other things. See trailer above.