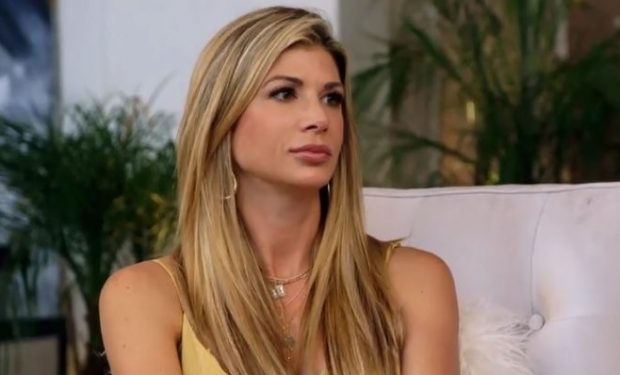 When Alexis was on The Real Housewives of Orange County (2009-2013), she was married to Jim Bellino, the father of her three children. After 13 years of marriage they divorced and Alexis is now dating a fun-loving guy named Drew Bohn. They spent a lot of time together this summer with their blended families on a lake.

In the video below, Alexis (who rocked a red-white-and-blue American flag bikini) recorded her son James diving off the roof of the boat but then fell in herself. As Drew described it “ass over teakettle.” Don’t worry, Drew saved her phone!