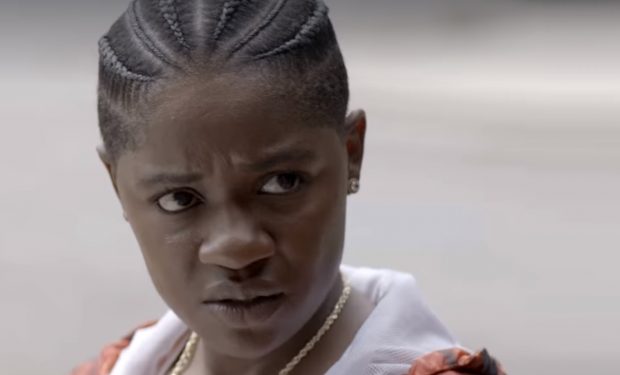 On the Empire episode ‘You Broke Love,’ while Lucious (Terrence Howard) is still on the run from the Feds, and Cookie (Taraji P. Henson) is essentially taken hostage by Damon (Wood Harris), Andre (Trai Byers) is haunted by a ghost from his past that he can’t seem to shake.

Not only does Jeff Kingsley (Az Kelsey) reappear, but so does rapper Freda Gatz (Bre-Z), who is packing heat and vows, “Next time, I’m not gonna miss.”

Rapper Bre-Z made her acting debut on Empire in 2015 when Lucious tried to convince drug dealer Frank Gather (Chris Rock) to have his daughter Freda sign with him.

After her debut on Empire, Bre-Z released the 12-track EP, THE GRL… and posed topless for the cover, see link/image on the left.

In the video interview below, Bre-Z says the best acting advice she got was to be herself “so it almost doesn’t feel like acting.” She’s currently playing a young lesbian in CW’s All American about a high school football team. Both TV roles have people curious about Bre-Z’s sexuality but she keeps that part of her life private.

She told Nylon magazine: “I love everybody. But when it gets down to whatever is underneath my clothes, whatever is inside of my home, or in my bedroom… I feel like at some point, being in the public eye, you have to keep something for yourself.”