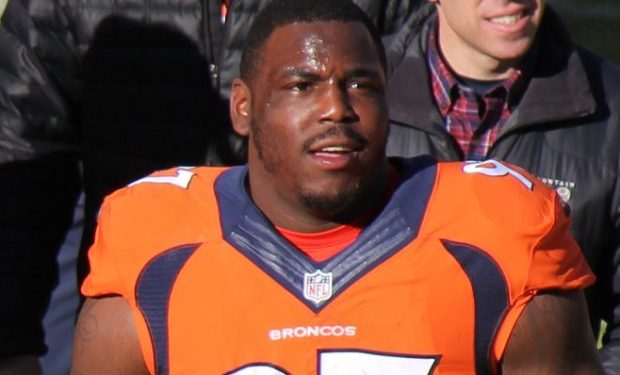 Malik Jackson is the 6’5”, 290lb. defensive tackle now playing with the Philadelphia Eagles. After playing college football at Tennessee, the Los Angeles native was selected by the Denver Broncos in the 2012 NFL Draft. In March 2019, Jackson signed a three-year $30 million contract with the Eagles. Unfortunately, during the first game of the season, Jackson suffered a foot injury and was placed on injured reserve on September 10.

When not on the field, Jackson spends time with his gorgeous girlfriend Jade Bennett, mother of his adorable 3-year-old daughter Nahla Ava Jackson. Jade appeared on Season 6 of the reality TV show Bad Girls Club.

Jade captioned the photo below: “Comfortable in my own skin ❤️- finally feeling back to my old self (a better version).”