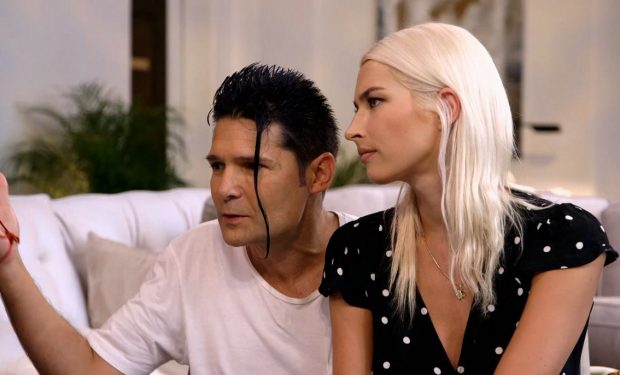 In the Marriage Boot Camp: Reality Stars Family Edition episode “Off the Deep End,” the celebrity families continue to face their pasts and, yes, it hurts. No one is excluded from the pain including former child star Corey Feldman (The Lost Boys, Stand By Me), who has been talking about past trauma and abandonment issues which have plagued his relationship with his brother Eden Feldman.

What’s unique about Feldman’s role on the show is that he appears to be happily married. He and his gorgeous wife Courtney are the only married couple on the show. [Related: Corey Feldman’s Wife Flaunts Batman String Bikini Before Marriage Boot Camp]

According to WEtv, in this episode, “in an effort to spend quality time together, Corey and Courtney lock Corey’s brother Eden out of their bedroom.”