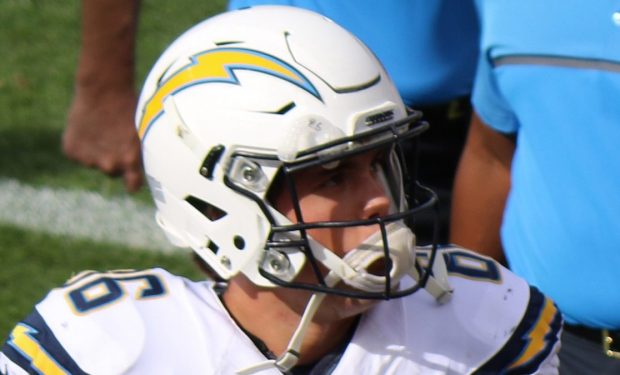 It’s been a tough start for 24-year-old tight end Hunter Henry of the Los Angeles Chargers this 2019 NFL season. In September he suffered a tibia plateau fracture to his left knee and was out for four weeks. But now Henry says he’s ready to face the Pittsburgh Steelers on Sunday, October 13 (8:15 pm on NBC). Chargers coach Anthony Lynn says if Henry does play it will be in a limited role.

When not on the field, Henry spends time with his wife of one year, Labor & Delivery Registered Nurse Parker (nee Schmidly) Henry, who is also from Arkansas… and looks amazing in biknis!

The Pittsburgh Steelers vs Los Angeles Chargers game will be broadcast live from Dignity health Sports Park on Sunday, October 13 at 8:15 pm on NBC.