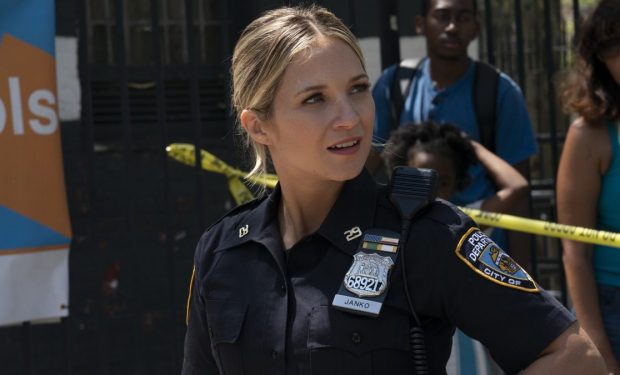 On the Blue Bloods episode “Naughty or Nice,” while NYPD Commissioner Frank Reagan (Tom Selleck) gets angry when he learns the D.A.’s office keeps a list of “unreliable” cops, newlywed Eddie Janko (Vanessa Ray) is disappointed to learn that her husband Jamie (Will Estes) got a decoy operation that she hungry for.

And she can’t believe Jamie accepted or didn’t even try to tag her for the decoy op. See sneak peek video below.

Before the Season 10 premiere of Blue Bloods, Ray enjoyed her downtime in the Bahamas and posed in a cute black bikini. She claims it’s a #modelfail — we beg to differ!

Ray captioned the pic: “May this photo stress you out as much as it does me. Oh the arms? Put those anywhere. #modelfail.”

Blue Bloods airs Fridays at 10 pm on CBS, right after Magnum, P.I. [Stream every CBS show through CBS ALL-ACCESS with a free trial.]