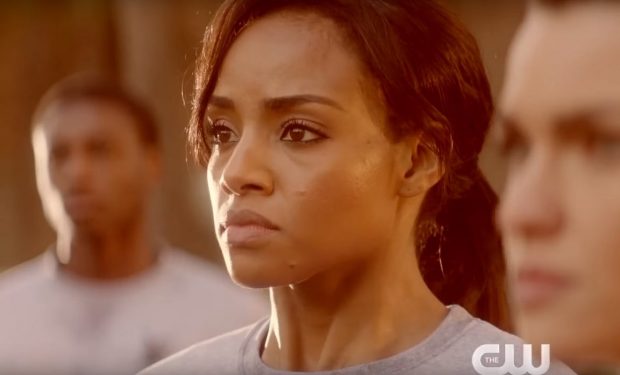 The new CW series Batwoman stars Ruby Rose (Orange Is the New Black) as Kate Kane, Bruce Wayne’s cousin. Three years after Bruce’s mysterious disappearance from Gotham, not only is the city in danger but so is Kate’s ex-girlfriend Sophie Moore (Meagan Tandy, Teen Wolf).

Sophie, who works for Kate’s father’s (Dougray Scott) security firm, has been kidnapped by the Alice in Wonderland gang. Kate’s father tells his daughter not to get involved, but she does and in a big way as Batwoman.

Batwoman is filmed in Vancouver, British Columbia, Canada where, when not on the set, Tandy has been spotted in a bikini “chasing waterfalls.” See above.