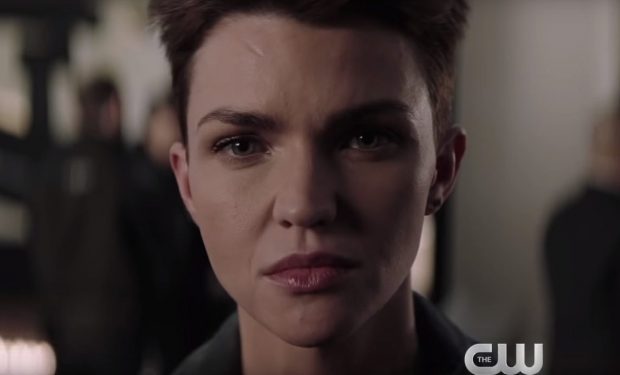 In order to save Sophie, protect her family and seeks justice for Gotham, Kate needs to turn into the dark knight vigilante, Batwoman. She doesn’t take on the job alone; she has her stepsister Mary (Nicole Kang) and Luke Fox (Camrus Johnson) as her sidekicks.

When not on a movie or TV set, Australian-born model/actress Ruby Rose (Orange Is the New Black, Resident Evil: The Final Chapter, John Wick: Chapter 2 Pitch Perfect 3) is likely under the sun in a bikini. Her bikini pics and videos often incite her celebrity friends (Rebel Wilson, Riverdale star Rob Raco, et al) to leave fun replies of admiration.

When she posted this one, celebrities including Demi Lovato and Rumer Willis left several fire emojis!

Batwoman, which is filmed in Vancouver, British Columbia, airs Sundays at 8 pm on CW, right before Supergirl.