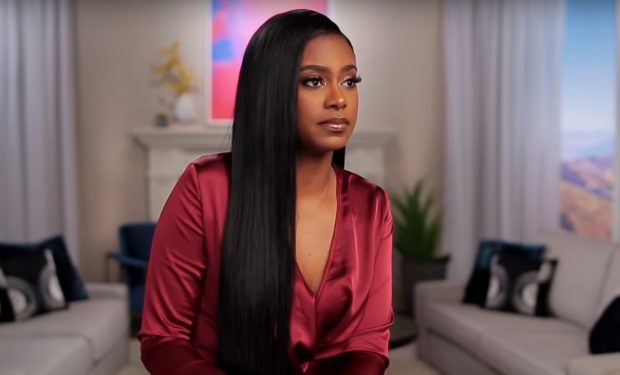 The drama on Basketball Wives continues between Kristen Scott and her future mother-in-law CeCe Gutierrez. Even though Kristen has been told that her father-in-law Byron Scott, former LA Lakers star and coach, doesn’t appreciate Kristen talking about him, she continues to stir the pot. (Kristen has accused Cece and Byron of “not seeing my kid” — Kristen and her husband Thomas Scott are the parents of one adorable daughter named Kenzi.)

Prior to the season finale, Kristen posted a photo of Kenzi modeling for Trophy Babies, see above. Kenzi is wearing the retailers “soft cotton Varsity Signature Jacket with athletic flare” which “will have your little one looking and feeling like a walking Trophy!”