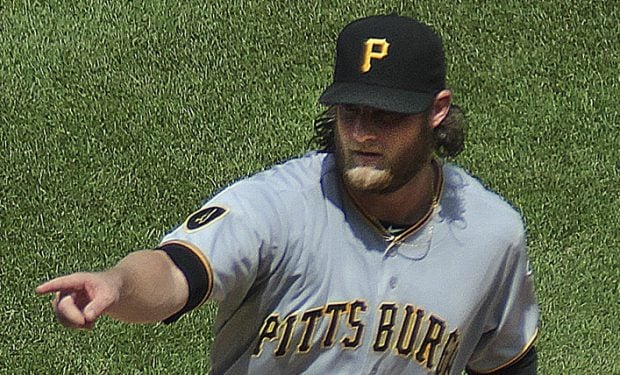 Gerrit Cole is the 29-year-old pitcher on the Houston Astros who just became the 18th pitcher in major league history to strike out at least 300 batters in a season. Now he and the Astros are facing the Washington Nationals at the 2019 World Series.

Prior to pitching in the MLB, Cole played college baseball at UCLA, where he met his wife, Amy Crawford, who played on the Bruins softball team, and is the sister of San Francisco Giants shortstop Brandon Crawford.

When not on the mound, Cole spends time with his wife of three years, Amy, who isn’t shy about flaunting her killer abs in bikinis!