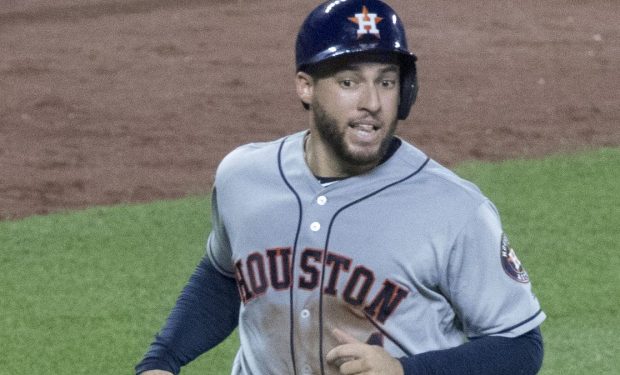 When not out in the field, Springer spends time with his gorgeous wife of almost two years, Charlise nee Castro Springer, who played softball at the University of Albany, and looks amazing in bikinis!

She captioned the bikini pic with George below “comin in hot”