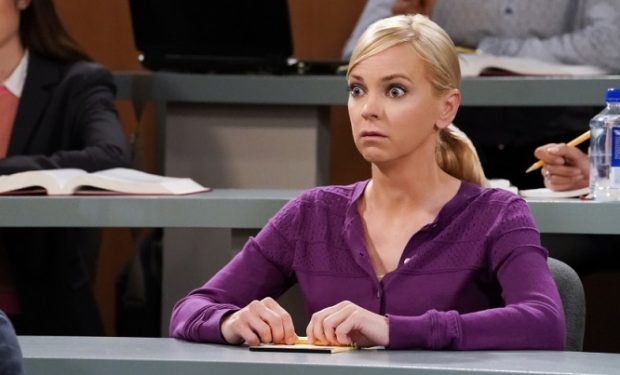 On the Mom episode “Fake Bacon and a Plan to Kill All of Us”, following the sudden death of their friend Mary (guest star Mary Pat Gleason), Christy (Anna Faris) and Bonnie (Allison Janney) look for ways to honor her memory.

One day after the episode airs, on Friday, October 25, Mondo Cozmo‘s new music video drops. It’s for their new single “Come On” and it stars Anna Faris. Based on the video above, she walks the hallways of a house and lip syncs to the lyrics. The L.A. indie-rock artist born Joshua Keith Ostrander, says Faris is “insanely good” in the video.

Mom airs Thursdays at 9 pm on CBS, right after The Unicorn at 8:30 pm, and right before Carol’s Second Act starring Patricia Heaton at 10 pm. [NOTE: Stream any CBS show through Amazon Prime or CBS ALL-ACCESS. Both options offer free trials.]