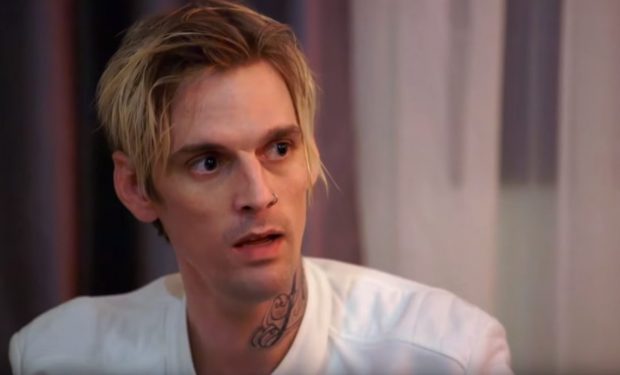 Former child star Aaron Carter has been in the news for several reasons recently. He’s made allegations against his siblings and has added tattoos to his face. Now he and his former momanger Jane are starring on Season 13 of Marriage Boot Camp: Reality Stars: Family Edition.

Four days prior to the premiere of Marriage Boot Camp Reality Stars Family Edition, Aaron Carter posted a photo of himself standing in front of his new property in Nova Scotia, Canada which he describes as “a f–king castle.” He says it’s 9,000 square-feet and includes a THOT TUB (his caps) and a fireplace in every room, among other amenities.

He also shared a video of himself leafing through a pile of cash (American dollars) which he says he’s “donating to my community” where he just bought the house. He is asking fans to respect his privacy as he starts to renovate his castle.