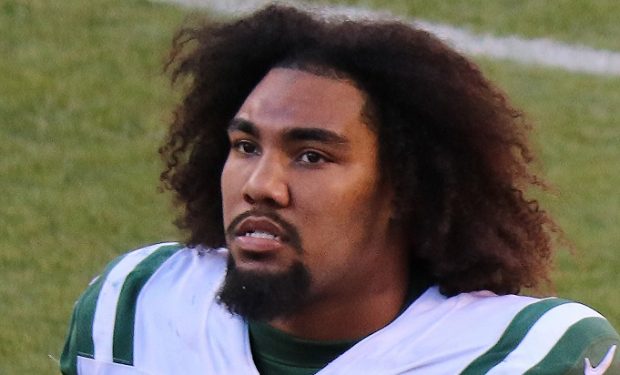 Leonard Williams is the 6’5”, 302 lb. defensive end on the New York Jets. He played college football at USC before being selected by the Jets in the first round of the 2015 NFL Draft.

When not on a field making tackles and quarterback sacks, the 25-year-old enjoys the outdoors, and sometimes with bikini model Natalia LaLonde.

Williams wrote with the photo below: “Teaching @natalialalonde how to climb trees the natural way! 👣 #BigCats at play Nala and Simba”

They went to Coachella together too — Natalia is the brunette in pigtails!

Natalia working it without Williams…