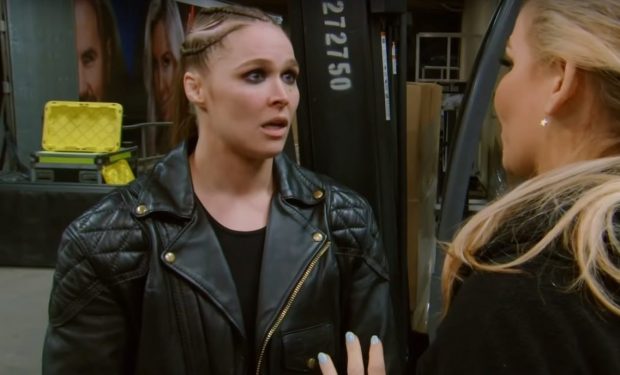 After Nia “goes after” Ronda “all heated” and accuses Ronda of being disrespectful, she walks away. Ronda runs after her and says “I didn’t mean any disrespect” but Nia keeps walking away.

While Ronda says “I’m not here to be liked, I’m here to entertain,” she clearly didn’t like Nia’s aggressive approach. Natalya tries to console Ronda by saying Nia has not been acting like herself lately and that she’s been on “kind of on a mean streak lately.” Total Divas airs Tuesdays at 10 pm on E!