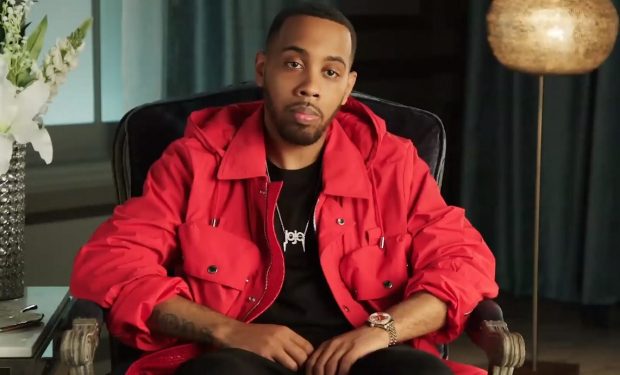 JoJo Simmons on Growing Up Hip Hop New York, WE

Run DMC founder Joseph Simmons aka Rev Run hasn’t appeared on Growing Up Hip Hop: New York, but two of his adult children have. While his daughter Angela Simmons faces off with Lil Mama, his son JoJo Simmons meets with Flavor Flav’s son Quan aka Flee, about making new music together.

On her 28th birthday, Tanice shared the photo above (a close-up of her in a black lace bodysuit with harness front) which sparked a “Whoaaa” comment from JoJo accompanied by a series of fire emojis.

With the racy pic, Tanice quoted the Chris Brown, Drake song No Guidance — “Mess around give me his last name.”