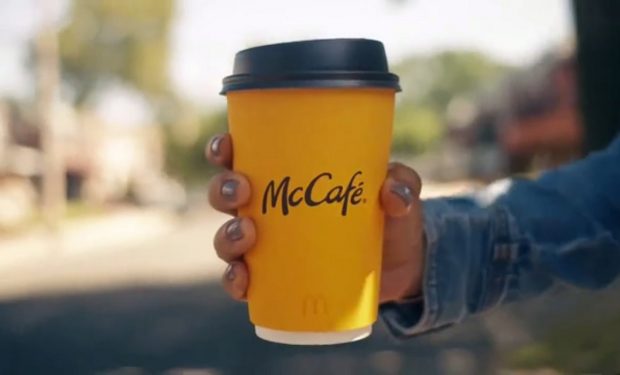 Nobody beats McDonald’s for choosing songs that put you in a happy mood. The fast food giant must have loved this one from the get-go — after all it’s titled “Good Day.” Get the message?

As people generally move happily through lives drinking McDonald’s McCafe coffee in the ad, they have the bounce in their step provided by Nappy Roots, a Southern rap group from Kentucky. The version on the video below is credited as Greg Street Ft. Nappy Roots.

Just to let you know how versatile the tune is, it’s also been featured on the dystopian epic The Handmaid’s Tale. It’s a rocking ode to positivity that you can’t deny — it’s got the secret sauce in the beat and the chorus. “We might as well do exactly what the children say…” they sing. Now that’s some good advice. And, of course, you might want a little coffee for that.

The tune worked for Secret Life of Pets too. Answering the age old question who doesn’t want to have a good day? Nobody. The song has been affecting people’s moods since 2010. Nappy Roots was reportedly the best selling rap group of 2002.