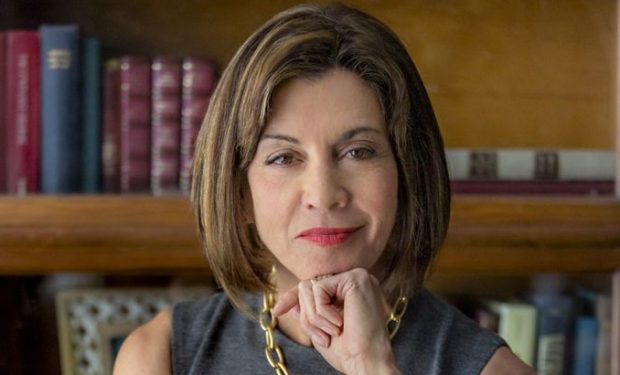 The protagonist of the Hallmark Channel movie Witness to Murder: A Darrow Mystery is attorney Claire Darrow (Kimberly Williams Paisley), who’s great at protecting the rights of clients — but not great as a rainmaker for her firm.

When her estranged mother/nemesis Joanna Darrow offers to join her firm to make it more profitable, Claire hesitates but agrees after Joanna confesses: “I’m unemployed, homeless and broke.” Joanna also asks Claire to defend her old colleague who has been accused of murder.

Witness to Murder: A Darrow Mystery premieres on Hallmark Channel on Sunday, September 8 at 8 pm. The fourth Darrow & Darrow movie, subtitled Burden of Proof, will premiere on October 15. [So many Hallmark movies, streaming here.]